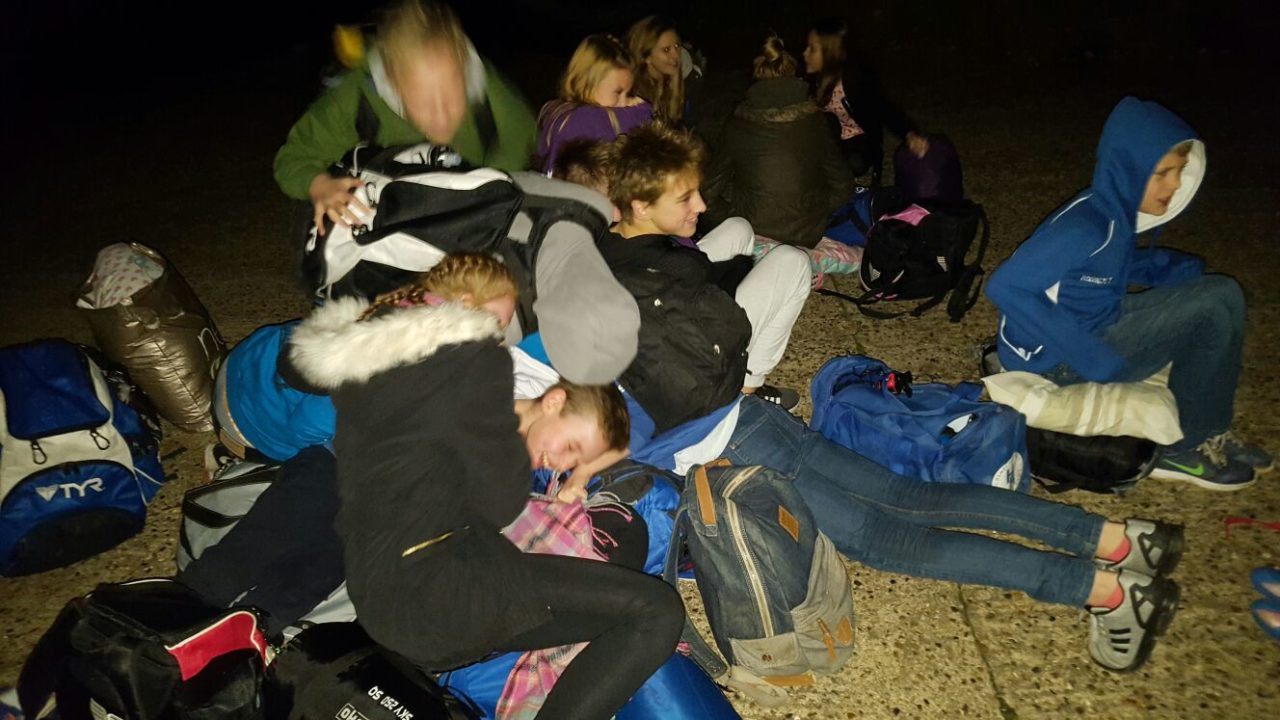 We then eventually arrived at the Centre while we were waiting for Sarah and Janet to come back with all clear  about  the building we all decided to lie down on the ground which made a pile of bodies all squashed together with Ben and Sam at the bottom and Lewis and Cameron at the top (weirdly). Finally the ladies came back giving us the heads up that we could go to our rooms. Once we all went in we went upstairs to the our dormitories following  the great tour guide Jonny to where we were suppose to be with the girls being in the Hedley room  and the boys into their room called Rose.  With it being around 9:30 Janet and Sarah decided to tell anyone that they needed to be in bed however Ollie thought it would be funny to stand outside the girls door baring in mind that Lois didn’t realise until she turned round and screamed. Being around 10pm everyone was in their rooms trying to get to sleep,  the girls decided to sleep top and tale but the boys being very noisy with them  jumping around in their beds, none of the girls could get to sleep but Janet  caught Joe with his shoes on the bed(naughty) After a long drive down everyone went to sleep (hopefully) until Charlotte heard Emily talking in her sleep.

next
Never a truer word said in jest!!