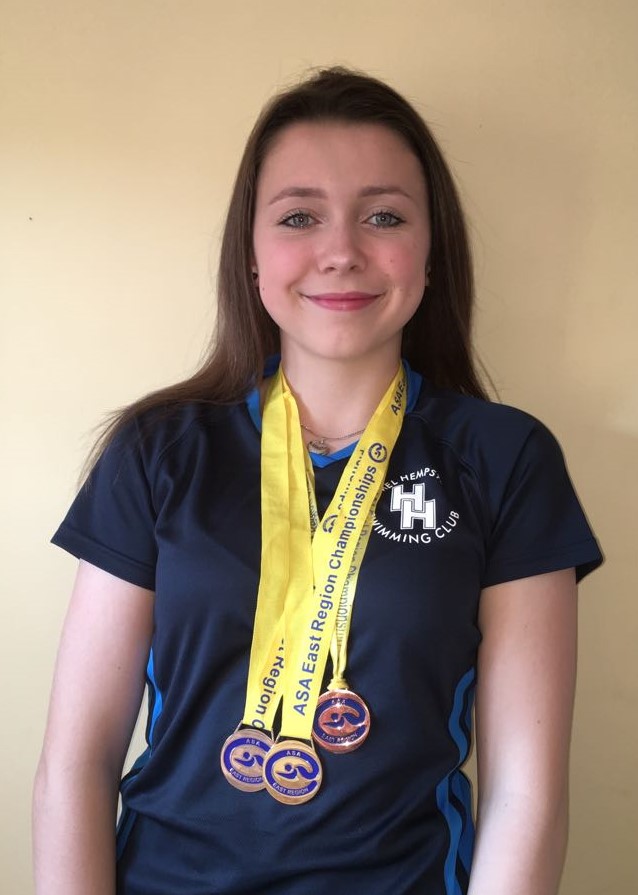 Having come third in the heats of the 200 free, Alice went out with serious intent from the start in the final, turning first at the 50m mark and maintaining her lead throughout the race, holding off the chasing pack in the final 50m to become Regional Champion.  In winning bronze in the 100m free, Alice also beat her 50m PB at the turn in some exemplary racing.

Shona McKenna set a new open Club record in the 50 free by just one hundredth of a second – but it’s good enough to get her name on the Club roll of honour!  Josh Gaines broke his own 200 back open record, Jack Christie set new open records in the 100 breast and 50 breast – the latter set in the heats by a whopping 1.5 seconds on a time he only set a month ago (and he then matched the new record in the final).  Whilst Sam Gaines set a new open record for the 200 fly, beating the previous record by almost 20 seconds.

Age group records for the girls were set by Alice Fender in the 50 free and 50 breast, Shona McKenna in the 100 free, 100 and 200 back, Georgia Purkis in the 800 free, and Rebecca Sewell and Keelin McKenna, both in the 50 back.  And for the boys there were age group records for Ashley Coombs in the 50 and 100 free, the latter breaking a record that had stood since 2008 by just over two seconds.  Sam Gaines set no fewer than 7 new club records in his 8 qualifying events, in addition to the open record in the 200 fly setting new age group records in the 100 back, 50 breast (breaking a record last set in 2011), 200 breast, 50 fly, 100 fly (breaking the previous record by over 3 seconds), and 200 IM, whilst older brother Josh Gaines weighed in with a new record in the 200 IM.

previous
Records update
next
Peanuts 2017 - round 1