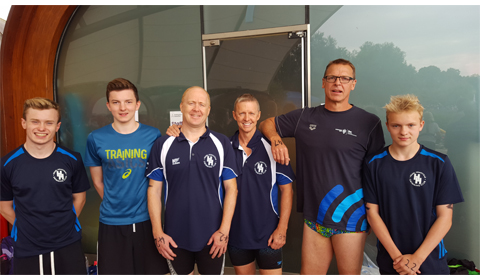 Hemel Hempstead Swimming Club ventured up to a sunny Whitlingham Country Park, in Norwich, for the Swim England 2018 East Region Open Water Championships.
The club had ten swimmers competing in three different disciplines, at 1km, 2km and 3km, with great results to match their efforts.

Holmes won the 17-19 years age group category in the 2km, beating the rest of the field by more than two minutes.
Ward and Coulson both secured silver medals in their races while Clark earned a bronze medal in the 17-19 years 3km event.
With the event also doubling up as the Hertfordshire county’s Open Water championships, the Hemel Hempstead SC members also secured further medals in that championships. Holmes was the 2km county age group winner and overall silver medallist.
Coulson was the masters age group county winner in the 2km and Rafiq-Craske was the 3km masters age group county winner.
Clark was the county age group winner at the 3km distance.