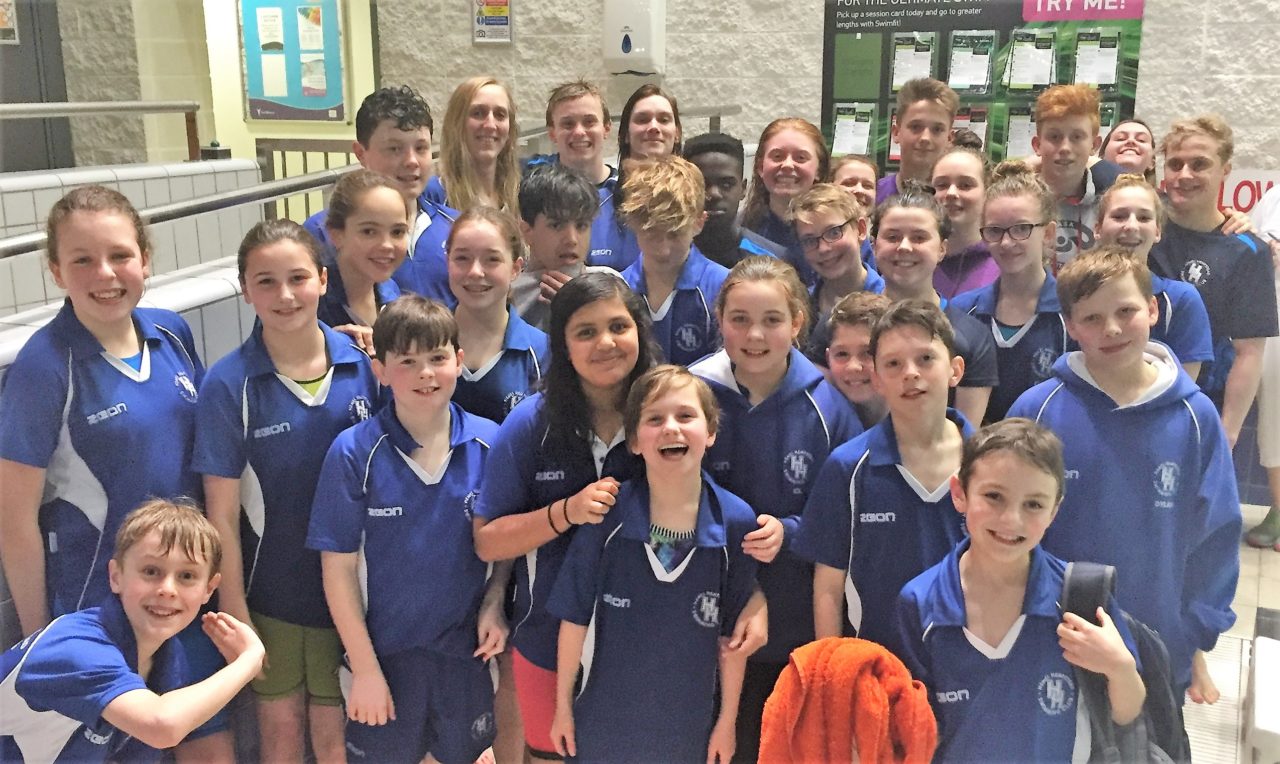 The team performance would not have been complete without great contributions from the rest of the team; Maisie Adams, Fenner Balch, Neil Brevern, Mabel Coldwell, Ben Davies, Elliott Hutchings, Svetlana Nanda, Mason O’Brien, Tyler O’Brien, Isabella O’Leary and Emily Young, without whom the team would not have had such success, with special mention of Jonathan Farrow and Charlotte Hingston who each swam in six races after being asked to swim up an age group.

Finally of course thanks to lead coach Alan Doyle, who was a constant source of support, encouragement and advice for all the swimmers who took part in the competition together with all the other poolside helpers.

With great swims all round the team managed to hold second place for much of the evening, ultimately coming in third. HHSC B will come back even stronger for the third and final round next month.