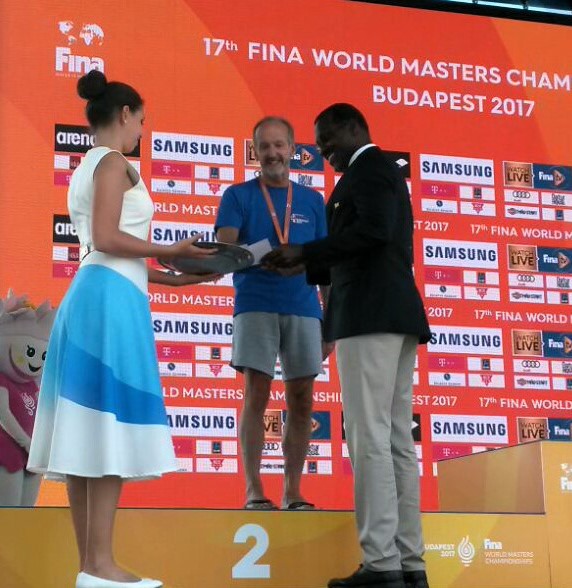 Hannah opened with a strong swim in the 2.4KM open water event finishing 16th in her age group. The conditions were so challenging with high winds and choppy water that the usual 3KMs had to be reduced in distance for safety. This was later followed up with the 800m free (finishing 19th in a PB and club record), the 200m back and 100m free.

Next up was Tony Gains competing in the toughest of all the event, the 200m butterfly. Finishing 3rd in his heat and 22nd overall in a time close to his personal best.

Mike Foskett opened his account with a 9th place in the 50m butterfly with a PB after being ranked 18th. This was followed up the next day with a 5th Place in the 200m Individual Medley in a new British age group record time in an event where he also held the British Record as a boy. Saving his best till last, on Saturday competing in the 100m back he finished 2nd with a silver medal in a season’s best time, setting another British age group record. In a very close race Mike finished strongly in the final 25m to take the silver just behind the Republic of South Africa swimmer who won in a new world record time.

previous
Gold for Mike in France
next
Hemel at Nationals