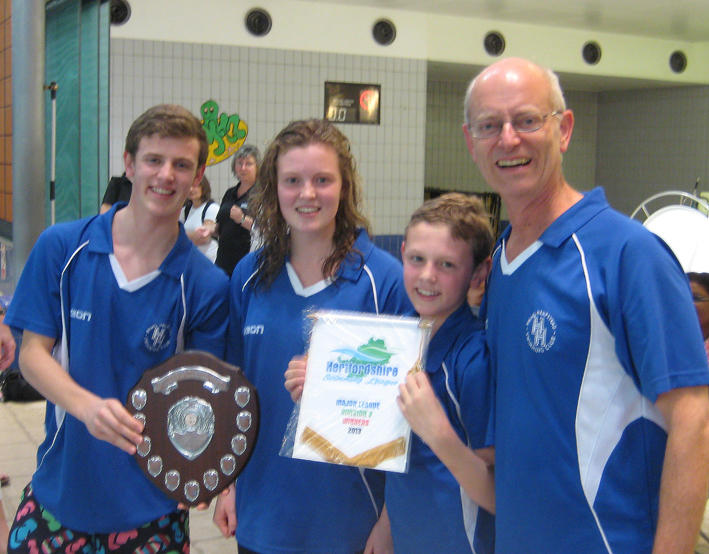 Hemel’s swimmers competed in the third and final round of the Herts Major League in both Division 1 and Division 3.

In Division 3 Hemel were crowned winners of the league. Four members of the same family competed in the same team, Mark, Sophie, Ollie and Jamie Ayres. It was Ollie’s last gala as he has chosen to stop swimming to focus on his football.

Hemel won 12 of their races, came second in 10 and third in 9, the team remained unbeaten in all three rounds. At the end of the meet Hemel finished in first place with 132 pts against Hoddesdon B, Harpenden B, Buntingford, Broxbourne, Bushey, Letchworth and Kings Langley.  It was a fantastic team effort from all, achieving 36 new or PB times on the night. The team will move up to Division 2 next year.

Hemel’s girl swimmer of the gala went to Molly McLoughlin and the boys to Fred Davies amd Fynn Archibald.

Swimmers of the gala were awarded to Megan Pirrie and Sam Pigott.

next
Car Parking at the Hemel Hempstead Sports Centre